Perfect for a rainy day 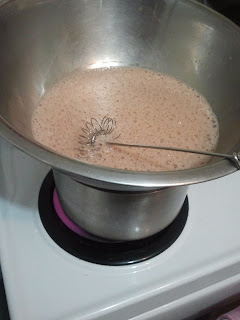 Set up a double boiler. I used a egg whisk. Heat and whisk non stop until the bubbles get very small and very glossy. 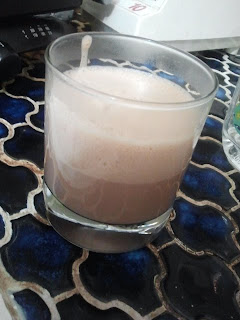 Remove from heat and pour up for enjoyment. The higher the milk % the creamier the Mocha. I used almost one mug of 25 chocolate milk and one TSP of instant coffee for this. Reason I used less milk then a full mug is I wanted room for my mocha foam I formed. 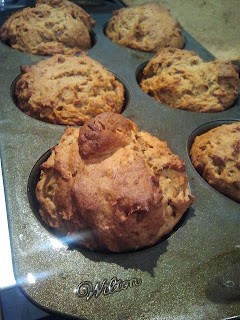 Posted by MisterCafe at 8:36 AM No comments: 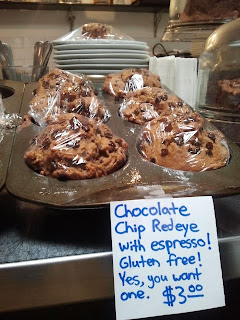 I was wondering how it would taste, so I made some at work. Half oz per muffin.

Posted by MisterCafe at 10:11 AM No comments: 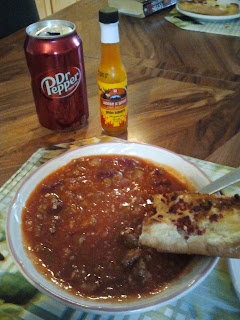 Nothing like my mothers home chili amd a Dr. Pepper.

Posted by MisterCafe at 4:06 PM No comments:

Mmmm the other white meat. 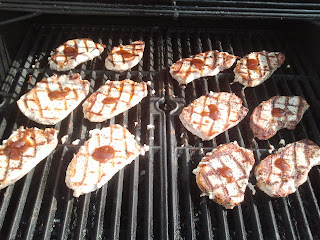 Posted by MisterCafe at 6:05 PM No comments: 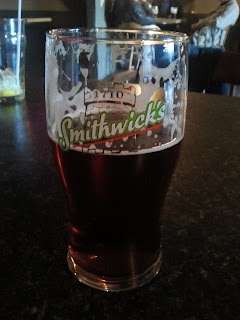 Posted by MisterCafe at 6:54 PM No comments:

Now I want to have a conversation with everyone. Bacon grease is a very viable replacement for oil and butter. Notice how close olive oil and bacon grease are in scores. Only off by 3 calories. I would like to say they are the same in fats, but there are less saturated fats in Olive oil, by a 36%, which is in reverse for trans fats. Which has to be expected as one in plant fats and the other is animal fats. ( What ask Mary had to say on the differences "Ask Mary" ).

Alot of people replace butter with bacon grease one to one ( bacon grease has the higher calorie count on this one.) For frying and also in baking... yes baking, such as short bread cookies and ginger bread cookies being the most common. Also a nice for braising cabbage in with some onion, blue cheese, touch of cream, and MORE BACON.

Bacon fat can be stored in a air sealed container in the fridge for 6 months, or in the freezer for 6-9 months. after that the flavour starts to break down as does it's usefulness.

Later I will be posting a few things I made from the bacon grease for my gathering. So far as a hint, one if booze and the other has to do with a very common sandwich spread.
Posted by MisterCafe at 5:56 PM No comments:

MisterCafe
I am a second generation cook who started out at the age of eight working in my mother kitchen fo her catering company ( Grand Catering Clarenville, NL, Canada). When I grew older and out of high school I worked alot in fast food. When I was done with that I took carpentry. Wasn't a fan of construction. I love the fine works like furnishings and trim work mostly. Loving the cooking courses in the collage I decided to go back to cooking. But with a student loan over my head to work I went. I worked in pizza joint for 5 years before getting hooked into another kitchen Job. I started out at Folly ( great place in St. John's before the owners left to go back to Australia). I ended up as head Chef withing 4 months. When it closed down I moved on to work at Simplicity, another great spot that was well.. didn't work out due to an owner being bad with numbers. I ended up managing the front house as well as Sue Chef in the kitchen, hello over time. This place closed down and I am now working as a front house cook ( open kitchen) at a wonderful Cafe next to the clink, and was once a funeral home. Sweet.

Donate to keep this blog going. 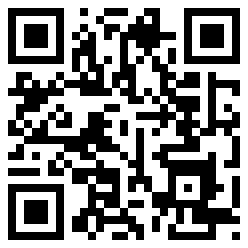 For those of you who wish to fallow on your Mobile.